finding the beauty in the life you have

We all know a man or two who gasp in horror any time the painting of brick is discussed.  I don’t know why it is such a polarizing subject, but I’ll raise my hand right now and claim to be on the painting side of the argument. When we first moved into this home, I knew this fireplace in the living room was going to get a facelift as soon as possible.  I don’t have anything against brick per se, but personally, a neutral color palette just sings to me, and between the wood tones, brick color, and multiple metals and finishes in this room, it was feeling anything but restful.  We’ve discussed building up the fireplace with either wood or stone in the future, but in the meantime, this was an inexpensive update that changed the look of the whole room.

Here is the photo from the real estate listing: 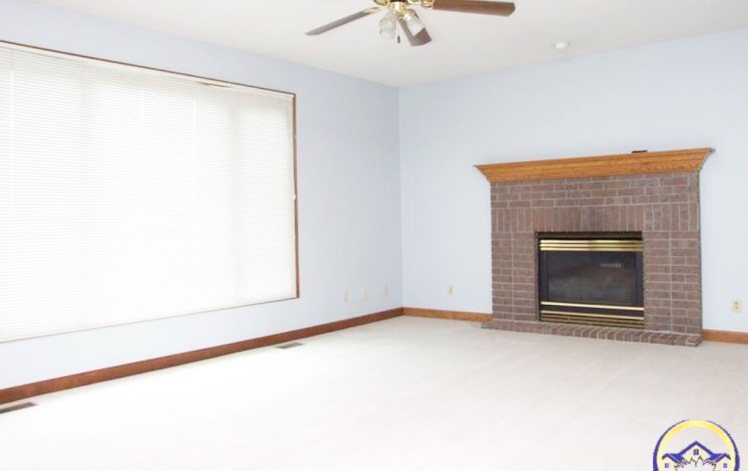 Before I tackled the brick, I painted all the gold stripes on the gas insert with this high heat enamel by Rustoleum.  I’ve used this product before, and it is very easy to brush on with a small artist brush, no taping or anything.  It is oil-based, so if you try it, you’ll just want to be extra careful to keep any from spilling on the carpet.

I decided to start by whitewashing the brick first rather than paint it, and I love how it turned out. This technique allows some of the brick variation and color to show through, and it was so easy and quick.  Once I had wiped down the entire thing with a wet rag to clean off any soot or dust that might keep the paint from adhering, it probably only took about 3 hours of painting to complete.

To make up the whitewashing mixture I combined equal parts latex paint and water (I used White Dove by Benjamin Moore in a satin finish since we already had that on hand from painting the trim in another room).  This was very drippy concoction, so I just went brick by brick with a paintbrush and then immediately dabbed at the brick with a rag to catch any drips that might run down.

I will say, when you first “wash” each brick with the paint/water, it looks like you’ve just painted the brick white, but after you’ve dabbed it and it absorbs for a few minutes, the colors of the brick start to peek through. It took me about 2 hours to complete the first wash on the whole fireplace, and I could tell right away that I wanted to do a second coat because I was still seeing too much of the original brick color and it had a splotchy appearance. 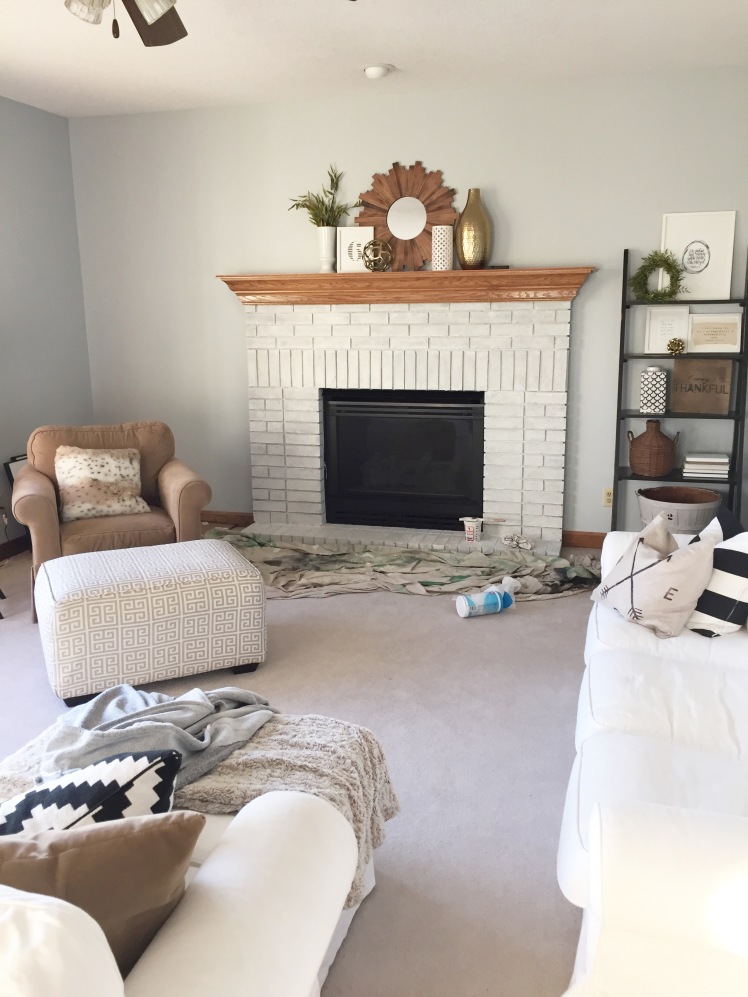 The second coat took about an hour, and once it was done, I was really happy with the result.

Our living room is definitely still in a half-finished state, and I have to admit I’m itching to finish it completely.  We have plans to paint all the wood trim and window casings and walls in the near future, and eventually we’d like install hardwood floors, install built-ins around the fireplace, and build up the surround with some other material.  But for now, this small update has done so much for this room.  If you have a brick fireplace that you just don’t love, don’t be afraid to paint it.  The before and afters are just too good!